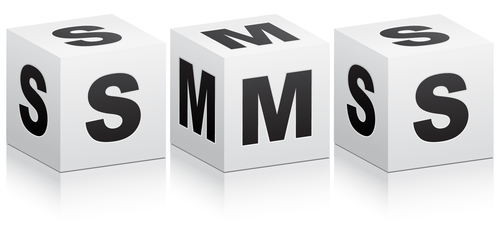 According to a recent study, texting is the most used feature on a smartphone across nearly every age demographic. Third-party apps jumped on the wagon early to improve built-in SMS and MMS features and developed apps like Facebook Messenger and Apple's iMessage. Many of these apps make it easier to send large data files, communicate quicker, and confirm messages have been received. However, T-Mobile has just released a new feature for its users that may change the message game altogether, by bringing advanced messaging directly to the device.

SMS and MMS messaging are still incredibly relevant to smartphone users despite the millions of apps now available to them. Rather than develop its own third-party app, T-Mobile has introduced software called Advanced Messaging, which is built on Rich Communication Services (RCS) and addresses many of the limitations various apps have capitalized on. The service is very democratic—while it’s currently only available on the Samsung Galaxy Grand Prime, the software was designed to work on all carriers and across every operating system. Software updates will be necessary for existing devices, but T-Mobile has said that several phones will be available later this year with Advanced Messaging already enabled.

Advanced Messaging incorporates several features including real-time messaging, read notifications, currently typing icons, and the ability to send up to 10MB of data via text. With improved regular SMS and MMS messaging on the device itself, users won’t have to reply on compatibility or downloading multiple apps and interfaces. There’s no extra charge for the service but it does require Wi-Fi or LTE to operate the improved features—otherwise the software defaults to regular messaging.

While it is unclear whether or not all smartphones will adopt the software in the future, it’s an interesting approach to take on behalf of the user. On the one hand, the promise of a unified messaging system that operates as well as, if not better than, popular third party apps is a gift to users who would no longer have to think about availability or compatibility. On the other hand, it’s a bold move from T-Mobile that undercuts Apple’s highly integrated app-based platform that emphasizes selection and choice through a variety of different apps.

T-Mobile is not the first carrier to launce RCS, but it is the first carrier to offer it in the US. In 2012, MetroPCS, a flat-rate carrier, released RCS just prior to a merger with T-Mobile. At the time, RCS delivered features like simultaneous voice and multimedia messaging as well as social presence. The merger delivered the scale and financial resources to expand geographic coverage, as well as offer an improved selection of devices and services, so T-Mobile could compete with the nation’s larger carriers.

Launching Advanced Messaging was a bold choice in the wake of a developing app-based mobile culture. Time will tell if the user-friendly software will proliferate or remain exclusive to T-Mobile users.