3 Creative Mobile Marketing Campaigns to Learn From
By: EZ Texting

Creating unique, fun, and interesting user experiences is of the highest importance in developing wildly successful mobile marketing strategies, especially if the marketing channels can be social or viral. Companies also must keep up-to-date on the latest innovations in mobile ad technology, including behavioral, geo, and trend targeting. Below are a few of the most successful examples of creative mobile marketing ideas in the past year. 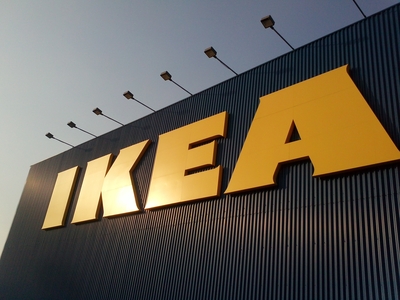 LG: Mobile, Social, and Musical
After launching its L-series handset, technology company LG created a twitter-based mobile game in order to reach a younger female audience. The company promoted its event at the LG Arena featuring the young pop band One Direction, hiding 25 exclusive pairs of VIP tickets each in a different location. As people tweeted #lgtickethunter to LG’s short code, the map on LG’s site zoomed in closer to each location—for every tweet LG received, the map zoomed in tighter, eventually revealing the locations. LG’s goal was to create some buzz around the campaign as well as to create greater brand awareness for the company across a younger market. Over the course of five days, LG received 58,000 uses of the #lgtickethunter hashtag, with 40,000 page views to the 1-page site and 9420 unique visitors. As a result, the L-series phone saw a 28% increase in sales during the campaign.

Key takeaway: Make your mobile marketing campaign relevant to the target market’s interest. Mobile marketing research into emerging trends will help. Keep in mind what’s hot and current for your demographic, and position your marketing accordingly.

Ikea: Traditional Catalog Transformed
With the goal of reinvigorating interest into one of the most traditional direct marketing campaigns, IKEA turned its renowned catalog into an interactive mobile app, allowing consumers to view hidden content by scanning certain pages of the catalog. This enhanced user experience drove IKEA’s app to become the number one downloaded marketing app for a brand in 2012. The 6.2 million installs made for more than three times the attention IKEA’s catalog received the year before, and users spent an average of eight minutes in the app compared to only three minutes in the catalogue.

Quiznos: Close by and Right up Your Alley
As we’ll see in this example, successful mobile marketing is not just about being creative on the user side, it’s also about being savvy on the marketing side. In November 2012, the quick-service sandwich company Quiznos launched a geo-targeted mobile campaign in the Portland, Oregon area to attract nearby consumers who were likely to make a purchase. Instead of simply setting parameters as to location, Quiznos used location-based behavioral targeting technology to establish conditions around who was most likely to actually buy food at a quick-serve restaurant. The sandwich brand only served mobile ads to 18 to 34-year-old consumers who had visited comparable quick-service restaurants, like Subway or Jimmy John’s, during the previous 30 days and who were no further than three miles away from a Quiznos shop at the time the ad was served. Because of Quiznos’ tech savvy approach to geographic and behavioral targeting, the company served nearly 3.7 million targeted ad impressions and consequently saw a 20 percent increase in coupon redemptions within the Portland area compared to similar nationwide campaigns that didn’t use behavioral targeting.

Key takeaway: Consumers are constantly on the go, and mobile marketing campaigns should reflect that reality. Delivering an ad that targets individual behaviors and current location, and including a coupon, is a great way to inspire immediate action.