How Do Kids Use Mobile?

How Do Kids Use Mobile?
By: EZ Texting 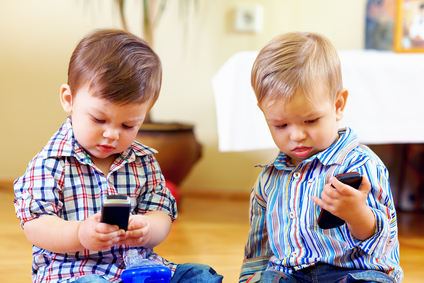 As web-enabled mobile devices proliferate among the adult population, it’s not surprising that kids are getting their hands on their parents smartphones and tablets. The use of mobile technology among children of all ages has exploded over the past few years - even as overall screen media exposure had declined.

A 2013 study from Common Sense Media showed that 89% of American children had used a mobile device that year - up from 38% just two years prior. On average, children under the age of eight were using smartphones and tablets almost as much as tweens and teens, with 75% having access to a mobile device during 2013. Even babies are getting in on the mobile revolution, with 38% of under-twos having used a mobile device.

Since the research two years ago, there have been no significant studies on children’s usage of mobile technology, but given the soaring rates of smartphone adoption in the United States, the number of kids using them is unlikely to have dropped. According to an Ericsson report from last year, the number of mobile devices per family is increasing, with 90% of U.S. households having three or more web-connected devices; almost half have five or more devices, and nearly 25% of households have seven or more.

But there’s a twist. The Common Sense Media research indicates a drop-off in average screen time among youngsters. Television still accounts for about half of the two hours of average daily screen time for kids, with the rest being spent on DVDs, video games, computers and mobile devices. But that overall average screen time (1h55 minutes) is 21 minutes less than it was in 2011.

Could that be an anomaly? Or are parents becoming more responsive to concerns about the perils of continuous exposure to screens? More research is needed to demonstrate that, but with investment in mobile marketing at an all time high, studies like this are never far away.

Join the 210,000+ customers who have used SMS marketing to connect with their audiences.