Should You Use QR Codes in Your Mobile Marketing Campaign?

Should You Use QR Codes in Your Mobile Marketing Campaign?
By: EZ Texting 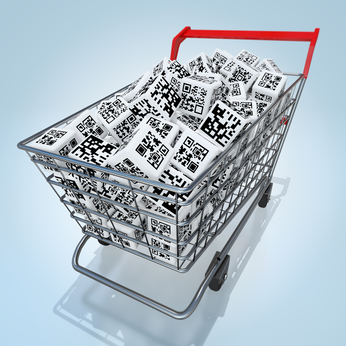 Quick Response codes have been popular among mobile marketing strategists for some time. They can be used to link to web content or activate emails and text messaging. Posted out and about in relevant places, a QR code is a great way of giving consumers immediate access to useful information.

But not all mobile marketing strategies are using QR codes. Some analysts have even gone so far as to predict its imminent demise. Such dire predictions are, in part, down to the emergence of invisible ink and augmented-reality apps which are increasingly being used instead of QR codes. Proponents of the new technologies say it is superior because users don’t need to take so many steps to get the information they require.

To put this in context, let’s have a quick recap of how QR codes work. When someone comes across a code – on a poster, next to a checkout, attached to a takeaway menu – they have to photograph the code, wait for it to record their information, and then be sent to a website or some other form of online content.

In contrast, new apps are offering a more streamlined way of achieving the same end – and in some cases going much, much further. Touchcode is one of the most exciting examples. An invisible electronic code, it can be printed on, say, a toy’s label and enable the user to activate the toy simply by touching their smartphone to it. For something that’s invisible, Touchcode is proving very attractive compared to the clunky eye-sore of many QR experiences. The product onto which Touchcode is placed appears no different – it only makes its presence known once it has interacted with a phone.

In Japan, newspaper Tokyo Shimbu has launched its AR News app, which allows kids to scan articles and turn them into child-centred versions of the story. It was developed as a way to make newspapers more appealing to a youth demographic, and not only simplifies the text, but also adds animated characters, graphics and kid-friendly explanations of complex news items.

It’s true that QR codes have been used in hilariously incompetent fashion. They are often pasted in completely inappropriate places, and some QR codes require users to download a scanner that will only work for that one code – not an attractive option to most consumers, especially as sleeker, more user-friendly alternatives emerge.

But they have also been used to profounf effect in many mobile marketing strategies, notably by Taco Bell, who generated 225,000 scans during their recent ESPN College Football promotion. Even more impressive was Verizon’s in-store QR code campaign that allowed customers to enter a promotion and win a smartphone. The promotion generated an additional $35,000 worth of sales during it’s week-long run after an initial investment of just $1,000 (Verizon also pulled off a QR coup in 2010 when they generated more than 150,000 scans off the back their ScanLife campaign).These recent successes alone demonstrate that the QR code is far from dead – it’s just a question of how effectively you use them. The lessons learned from successful campaigns, and the emergent technologies that threaten to render QR codes obsolete, are that brands need to make them easy to use, and only deploy them in situations where it makes sense. They won’t work for every company – but if you can recognize when and where they are appropriate, and execute them properly, QR codes will still find a place in your B2C and B2B marketing campaigns.

Join the 210,000+ customers who have used SMS marketing to connect with their audiences.