By now you're almost guaranteed to know someone who is doing freelance work. But what is it, exactly, and is it for you? Read on to find out!

The pandemic drastically challenged traditional work models and accelerated existing trends in remote work and now, with an increasing number of people leaving traditional 9-5 jobs to become digital nomads, most of us know at least one person who’s freelancing. But, with Instagram feeds filled with van lifers working from the road and self-starters grinding from a coffee shop, many may wonder what it actually means when someone says, “I’m a freelancer.”

So, What Does Freelancing Really Mean?

By definition, a freelancer is an individual who works for themselves instead of a company. Often, freelancers, and those looking for “gig work,” are hired by a company or organization to complete individual tasks or projects which may last for a relatively short period of time — usually days or weeks, but often for longer periods as well. Typically, freelancers are paid once the task or project is complete. 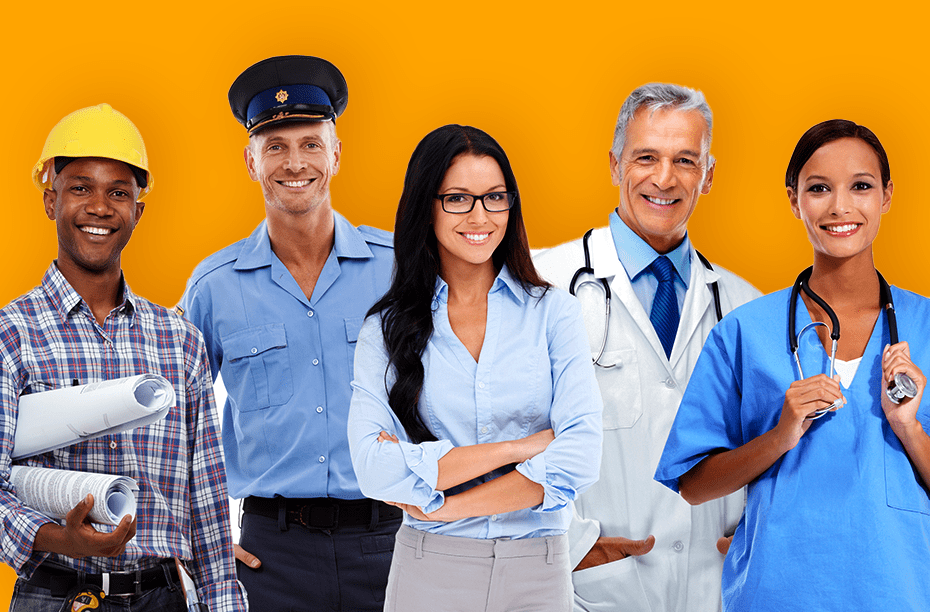 What kind of work do freelancers usually take on? We tend to think of freelancers as the creative types — writers, illustrators, photographers, and graphic designers — but today, freelance work spans a wide range of industries, including tech, finance, and medical. Believe it or not, there are even freelance surgeons out there.

Some people freelance full-time, while others do it as a side hustle. Currently, there are around 50 million active freelancers in the U.S. (which makes up over 30% of our national workforce) — and because freelancing roles have expanded over the years, the skills required for freelancing vary based on your experience and the industry you want to work in. 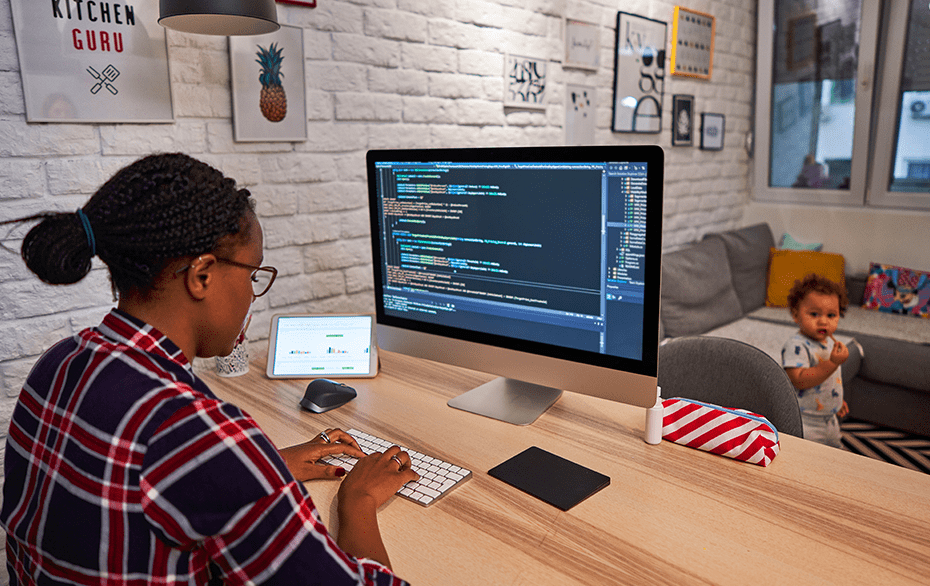 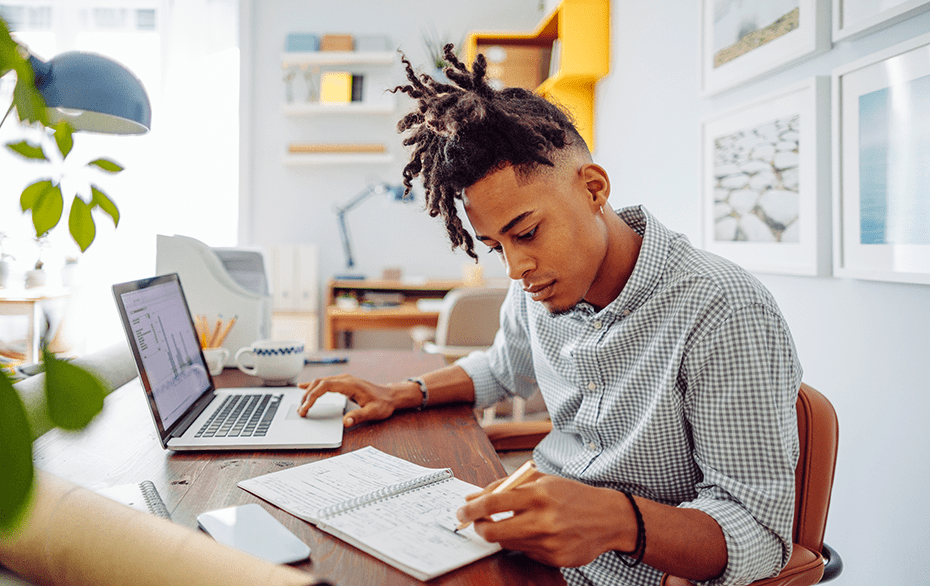 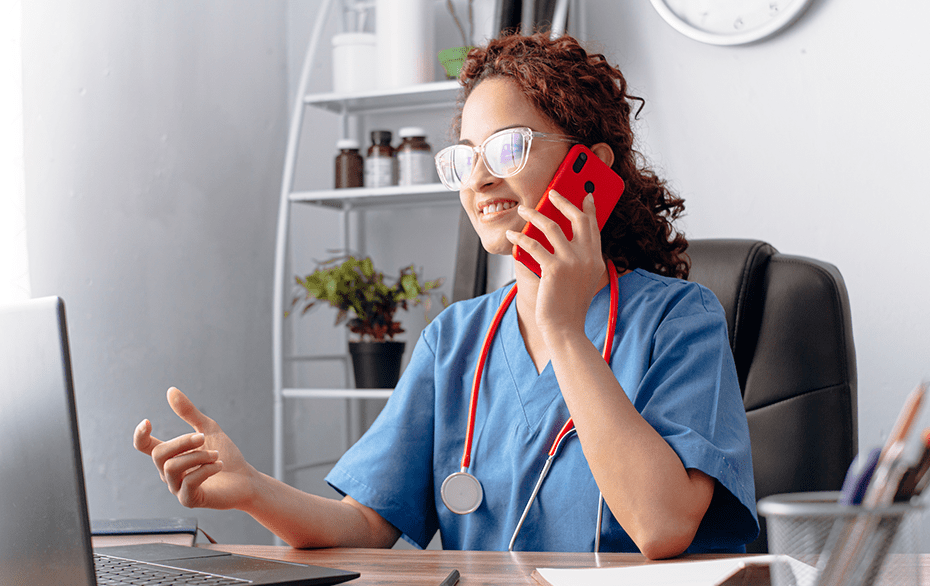 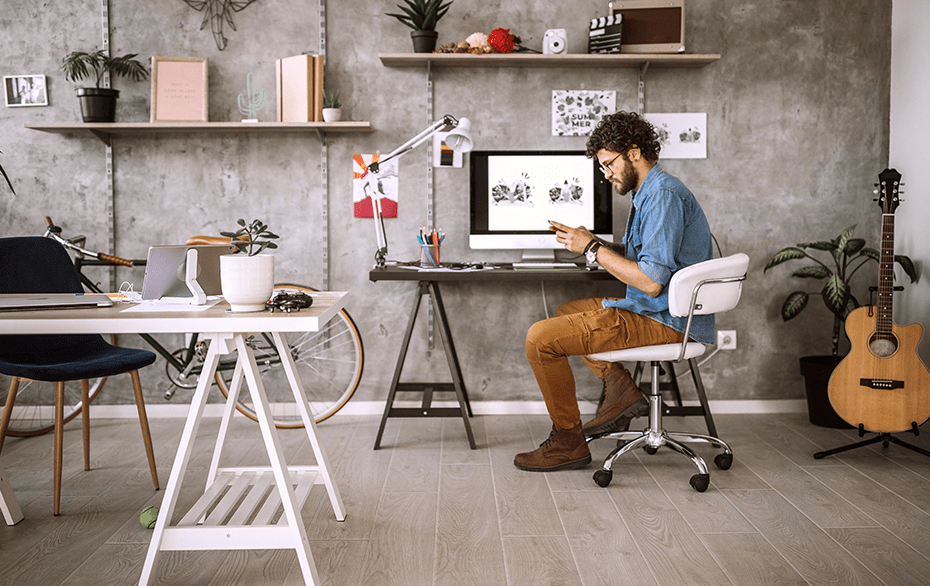 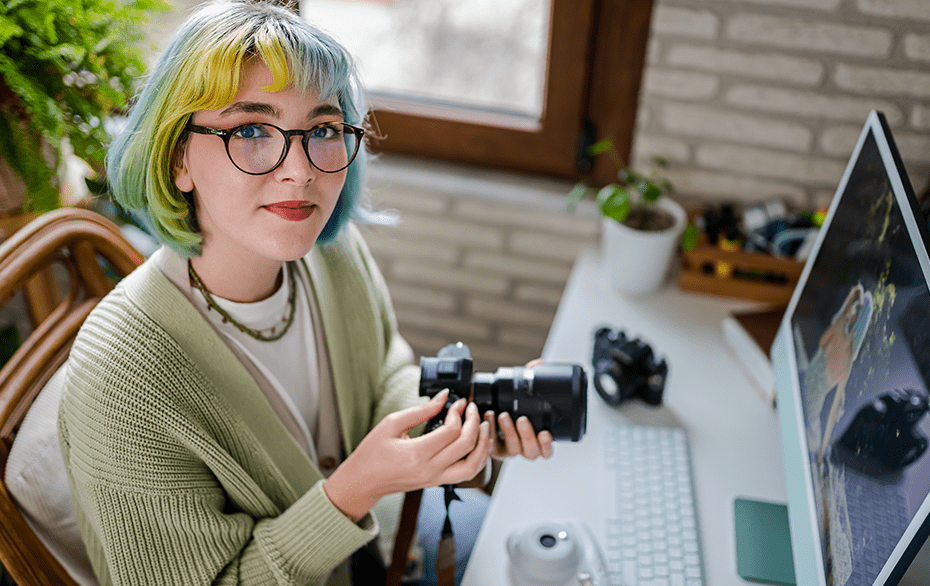 Freelancer vs. Contractor — What’s the Difference?

If you’ve ever browsed online for remote jobs or freelance gigs, you may have stumbled across some other freelancy-sounding terms, such as “contract work,” “independent contractor,” or “contract-to-hire.” 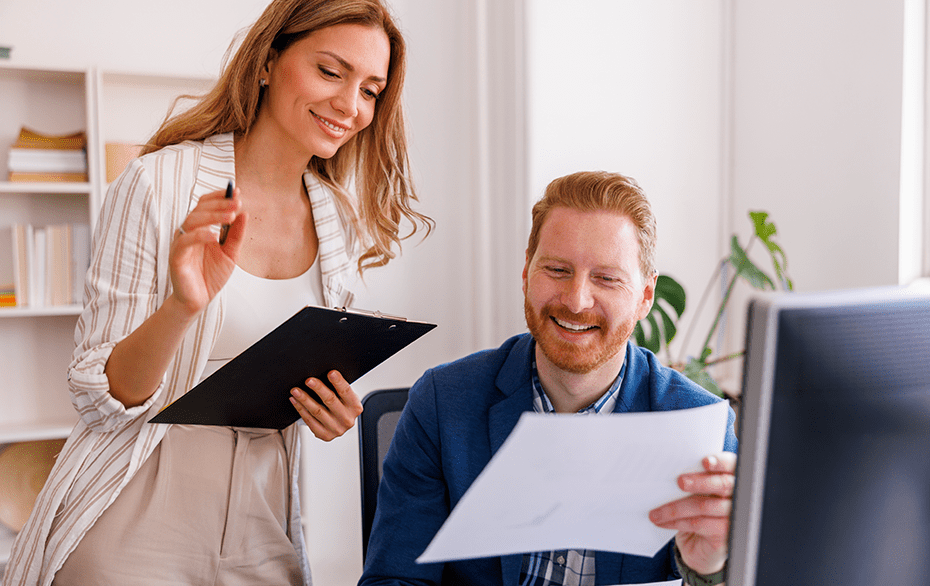 In general, contract work is nearly identical to freelance work, except as a contractor you sign a legal agreement (or contract, hence the term “contractor”) with an employer which promises a certain fee for work delivered within a set period of time. Big companies often leverage teams of seasonal contractors in order to offset large, full-time hiring costs, such as vacation, holiday pay, and health insurance, all while ensuring they have coverage for critical tasks during critical parts of the year.

Typically these contracts range between 3 and 12 months, and sometimes come with an option to renew. Meanwhile, a contract-to-hire role often begins as a temporary business relationship which has the potential to turn into a full-time or permanent position with an employer.

As a rule, contract roles help protect freelancers and their employers by setting contractual expectations around deliverables, project duration, and compensation.

The Benefits & Drawbacks of a Freelance Career

As all those “van life” Instagram accounts may suggest, being a full-time freelancer has a lot of perks when it comes to managing your own schedule and having the freedom to do what you want, when you want. Goodbye vacation request forms! See ya sad desk lunches! Additionally, as a freelancer you have the ability to set your wages and accept the jobs which interest you most. But, in the spirit of transparency, that freedom comes with a price, and often, career freelancing isn’t always as glamorous (or seamless) as it may seem. 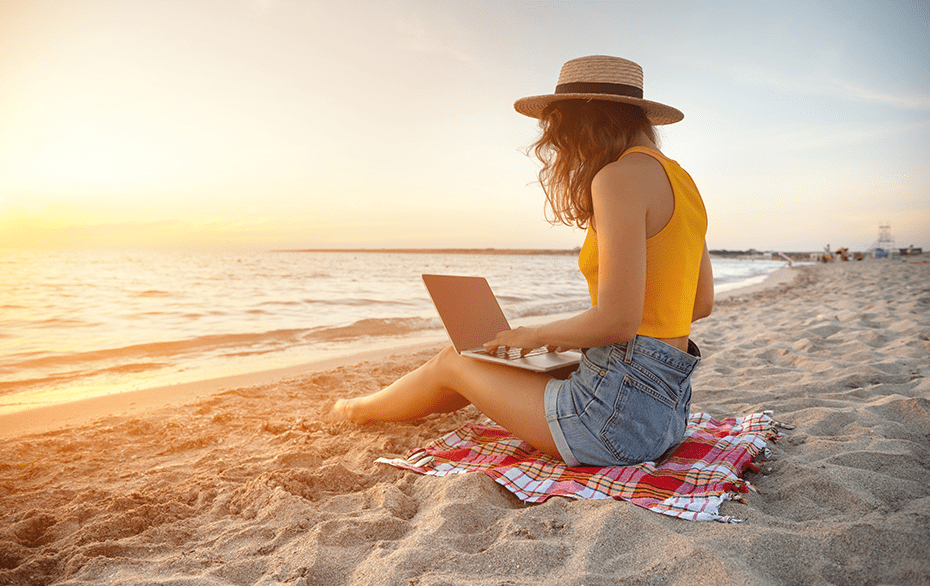 If you’re considering a full-time freelance career, here’s a few things to keep in mind:

When you’re hired as a permanent employee for a company, taxes are withheld from your wages before they’re deposited into your account. As a freelancer, you have sole proprietorship of your employment. In short: you are wholly responsible for putting money aside for tax season, which requires diligence and organization. Most companies who hire freelancers will ask you to fill out a 1099, which helps the IRS keep track of non-employment income. As tempting as it may be to not report freelance income, if you want to avoid an audit (and a hefty fine) you should always report income and ask your freelance employer for a 1099.

In the eyes of the IRS, freelancers are independent business owners, so if you've earned $400 or more, you are subject to self-employment tax. But, keep in mind, you may also qualify for business deductions, such as car or home office expenses. You may even consider talking to an accountant about setting up a business license. 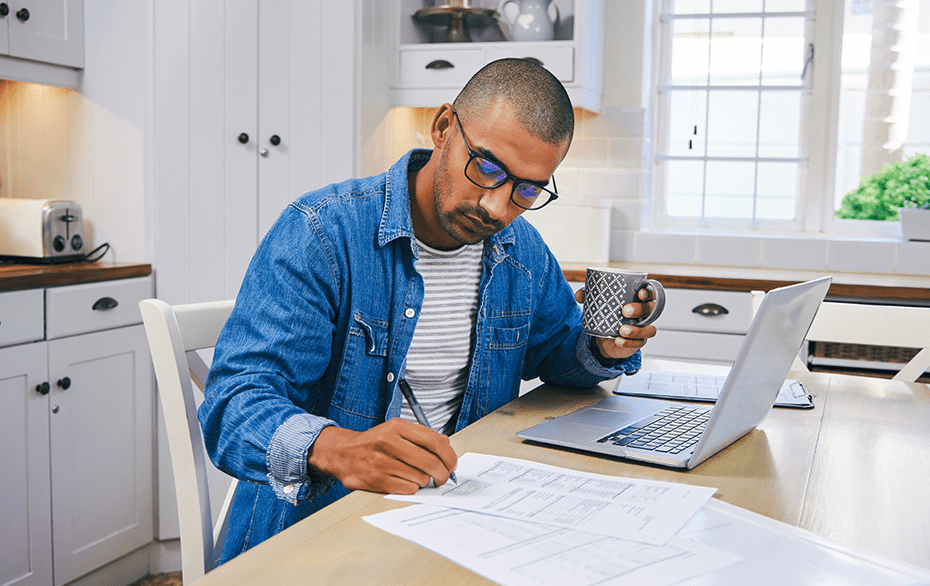 “Feast or famine” is an all-too-real experience as a contractor. Some weeks your inbox may be flooded with work requests, and others… crickets. This can be challenging when it comes to syncing your income and bill pay. While this is a very normal freelancer experience, it can be an adjustment. If you’re just starting out, it can be helpful to keep a part-time job to help cover large, recurring expenses such as rent/mortgage, or car payments.

From a workload perspective, it may be tricky to coordinate your work efforts and due dates among different projects. Some weeks you may work well over 40 hours, and other weeks you may work much less. As a freelancer, it’s on your own shoulders to organize your calendar, communicate with your employer(s), and manage project milestones and delivery. Organization and communication is critical to success as a freelancer.

While you no longer have to ask permission to go on vacation or feel guilty about taking a two-hour lunch, working for yourself means you’re paying out of pocket for your vacation time, your healthcare, and anything you put towards your retirement — all of which are expensive. This is an important consideration for those who are interested in a freelance career. When in doubt, talk to a financial advisor and get a budget in place so you know how much you need to set aside each month to cover important expenses, emergencies, and life events.

Here’s another important consideration: While the pandemic made Zoom meetings and email the linchpin of our work days, freelancing full-time can feel lonely at times. If you’re used to watercooler chats and lunches with coworkers, working on your own (with minimum face-to-face interaction) may be an adjustment for some. If it starts to feel heavy, consider checking out coworking spaces or meet-up groups specific to freelancers.

How to Become a Freelancer

Whether you simply want to create a fun side hustle or you’re looking to build a full-time freelance career, you’ll be in good company! By 2028, the number of freelancers in the United States is forecasted to reach 90 million, and many large companies, like Google, currently employ more freelancers than permanent work staff… if that’s not a harbinger of our work future, I don’t know what is. 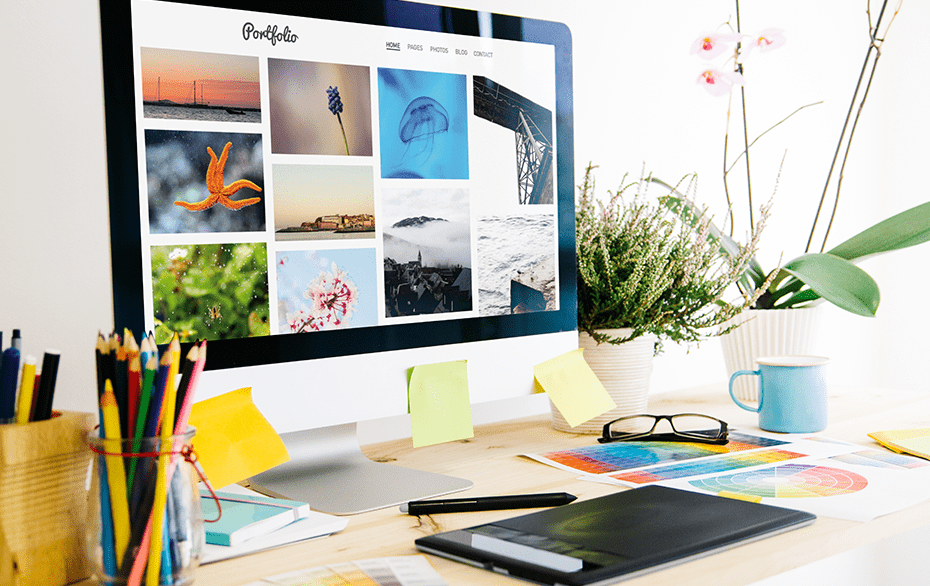 So, if you’re ready to make the jump, here’s a few things to help get you started:

See other resources related to:

Grants for Small Business Startups
How to Set Up Your Nonprofit — a Step-by-Step Guide
A Guide to Hiring Freelancers & How to Find the Best
6 Ways to Attract Seasonal Employees with SMS Marketing Messaging
A Guide to the Best Real Estate Lead Gen Companies, Tactics & Strategies
6 Black Friday SMS Tips for the 2022 Holiday Season