EU Roaming Charges to be Scrapped

EU Roaming Charges to be Scrapped
By: EZ Texting 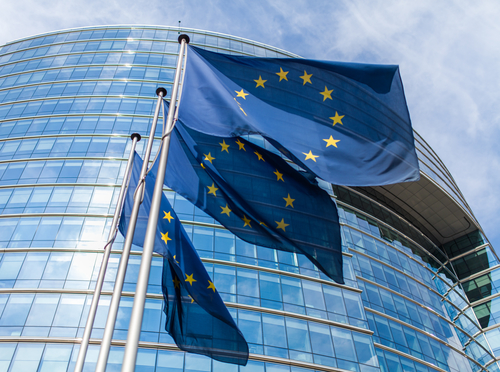 After two years of negotiations, the European Commission, members of parliament and national ministers have reached an agreement to drop EU roaming charges in an effort to pave an internet fast lane for the future. Despite obvious resistance from the mobile industry, telecoms received some assurances with a side deal aimed at service providers and faster connection fees—the broader issue of net neutrality has also come into focus.

On average, EU travelers spend £61 more than usual during a holiday due to EU roaming charges. By mid-2017, EU roaming charges are scheduled to drop completely after an interim period beginning April of next year. This year, mobile service providers can still charge travelers to EU states as much as 19 cents a minute for outgoing calls, 5 cents for incoming calls and 6 cents per text message.

By allowing telecom firms to charge service providers like Google, Facebook, and Netflix increased fees for faster connections, some fear smaller competitors will be forced out completely. While campaigners celebrated the dropped roaming charges, others worried the new laws were ambiguous and blurry, leaving much open for profitable interpretation.

According to the new rules, companies can pay to use the internet fast lane only if the improved connection is determined “necessary” for the service. Whether or not “necessary” protects nonprofits, startups and public service websites has yet to be realized. However, it is clear the draft laws are making an effort to identify public interest exceptions including network security, eliminating child pornography, and improving connections for sensitive health or safety services.

The telecom industry has condemned the legislation from the start, emphasizing its restrictive nature and potential threat to innovation and competition. For now, the votes are pro-free internet and a likely catalyst for more discussions on net neutrality.

Compared to the EU, the United States hasn’t been as progressive on net neutrality. The EU’s new rules outlining more equal access to the internet might not be perfect, but it confirms their stance on the wider issues at hand.

The issues are of course about equal access regardless of platform, application or user. Net neutrality aims to ensure that information is not made financially inaccessible because of strict regulations placed on service providers or limited by fees and faster broadband.

It’s likely that this particular case in the EU will spur discussions in the United States and perhaps influence the outcome of subsequent laws in the EU. Time will ultimately tell if the internet fast lane is a safe place to surf the web.