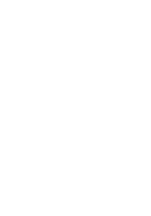 How Students for the National Equality March Mobilized Thousands of Supporters

Set to converge on Washington, D.C., the National Equality March brought hundreds of thousands of citizens together to call for equal protection for lesbian, gay, bisexual, and transgender (LGBT) people.

Many participating groups like the Students for the National Equality March joined in by organizing additional events for the march. Student Outreach Coordinator David Valk was looking for an effective way to organize thousands of young activists for “flash protest” the day before the march.

Students for the National Equality March collaborated with the NoH8 Campaign, as well as the Service Members Legal Defense Network, to create a "flash protest" to oppose the Don't Ask Don't Tell policy, which denies lesbian and gay Americans the opportunity to serve openly in the US military.

Ultimately, I think the real success of this action was that it created a sense of legitimacy for young organizers — new technologies, including mass text campaigns, have redistributed power to young activists, and created a new model for social organizing.

Activists could continue to build momentum and engage supporters prior to the protest by blasting updates and texting about other relevant groups.

The flash mob-style protest was widely viewed as a major success, with thousands participating and widespread coverage from media outlets like CNN, The New York Times, Inside Higher Ed, and The Advocate. “It was the next generation of activists who kick-started the National Equality March with a flash mob,” wrote The Advocate, “and it was 23-year-old David Valk who rallied the troops.”

The success of the landmark flash protest may have even inspired future activists, who continue to work with SMS solutions to mobilize passionate supporters.