6 Ways Political Texts Can Inspire Your Next SMS Campaign

It used to be that you could tell it was a political season by the amount of campaign ads on TV. Now, campaign season is announced with the hopeful ding of a message alert of your phone. Local and national candidates use texts to fundraise, connect with their base, and invite them to grassroots events.

An emerging phenomenon that has gained steam through the Covid-19 crisis has been peer-to-peer messaging. Recently covered by Wired, peer-to-peer messaging, or P2P, is when a likely voter gets a text from a campaign volunteer. This volunteer may introduce themselves with their name and may be texting from their personal number. The concept is the digital equivalent of door knocking, but a lack of regulations can lead to potential privacy violations.

In short, as texting becomes more…

Twenty years ago, the average American worker received 30 emails every day, according to a 1999 Gallup poll. But even as it remains essential, email saturation and overload has become ubiquitous, leaving your messages languishing in promotion folders or spam inboxes.

And while texting is incredibly, and increasingly, popular — research suggests that 90% of consumers read and respond to text messages within 30 minutes — the medium is nowhere near as crowded as an email inbox. In other words, text marketing allows you to bypass clogged inboxes and reach your consumers where they are — on their phones.

So it's clear that texting is to 2020 as Email was to 2000. Here, why to adopt text marketing now — so you’re not kicking yourself down the road.

Is Text the New Email? Yes… and No

“Text is the new email” may be catchy, but it’s not necessarily accurate. Texting can be a superior method of communication to initiate interactions, raise immediate awareness, and provide engaging CTAs that can be completed in real time. The immediacy and ephemeral…

We love winning — because it means we’re winning for our customers!

EZ Texting is honored to announce that G2 has once again recognized us as a leader in our SMS category for their 2020 Summer grid report — awarding us the #1 spot in five categories.

G2 formulates their ratings based on unique, authentic reviews from businesses like yours. Founded in 2012, G2 has become one of the most trusted sources among savvy businesses looking to reach their full potential with better purchasing decisions on technology.

G2 has consistently ranked EZ Texting as a crowd leader over the years through thousands of customer reviews. In particular, this summer, customers continued to praise EZ Texting’s world-class customer service, ease-of- use, and phenomenal ability to raise ROI via leveraging text communication throughout sales and marketing campaigns.

In the fast-moving, digital world — where speed is always of the essence — the need to deliver valuable information reliably and efficiently has never been more vital, and that's as true for automotive dealers, repair shops, and others in the transportation space as it is Silicon Valley startups.

According to a 2019 study released by Cox Automotive, “With car buyers making more decisions online and ahead of time, by the time many of them arrive at the dealership, they are ready to buy…

Small- and medium-sized businesses with Squarespace online stores have a new, efficient, and effective way to directly nurture relationships with their customers and clients using automated order and shipment notifications thanks to the new EZ Texting Extension.

Mass messaging autoresponders make it easy for business owners, marketing and support teams, and others to drive more meaningful, engaging, and intuitive interactions with customers, enhancing brand loyalty and satisfaction by reaching them in a direct manner where they are: on their phones.

For Squarespace online stores this Extension is an effortless way to integrate SMS text messaging — what InvestorPlace recently called “the future of communication” — into checkout and shipping workflows. And like a Swiss Army knife, there are more benefits packed into a simple text message than one might imagine.

If you’re an eCommerce retailer (or ship through your website), you likely already send email confirmations, but did you know that texts are 134% more likely to be read than emails? Text messages also have six…

6 Tips on How to Speak Emoji in Business Texts

Think of an emoji as a modern-day hieroglyphic, only it looks like emojis are here to stay. In a world with an app for everything, we’re reaching the point there’s now an emoji for it all as well. Go beyond the 26 letters of the English alphabet with over 3,300 emojis — and new options continually released.

Why? Because emojis are more than the cute images popular enough to have their own Hollywood film — they can also be the hero of your marketing strategies. They are the world’s most global language — easily accessible internationally with little or no need for translation, and used correctly they boost click-through rates, open rates, and engagement levels. And they’re fun! Inject emojis into your content and brand voice and a whole world of expressive possibilities opens up.

Emojis first leaped onto our digital screens in the late ‘90s and since then have grown exponentially, extending from smiley faces to food, plants, travel, activities, clothing, animals, vehicles, industries, a variety of skin tones, and so much more. Basically, if you can imagine it, there’s probably an emoji…

Open the combination locks and rolled-up doors and reveal a secret tucked away: self-storage is one of America’s fastest-growing industries with nearly $40 billion in annual sales — a number that looks set to continue it's upward trajectory.

Americans possess a lot of belongings that spark joy and for which they are not quite ready to discard — whether experiencing a downsizing (retirement or job loss), the merging or splitting of households (marriage or divorce), relocation (military deployment or college), or any variety of other reasons.

As a proprietor, you’re selling convenience and will want to alleviate any communication, payment, security, and access concerns that customers may have about leaving their treasured belongings in your facility — their rented home-away-from-home.

What Storage Issues Can You Troubleshoot with SMS? Access Concerns

Convenience is key. Tenants want to know they can access their belongings (or at least reach the administrative office) whenever they need to. If they can’t, they will likely look elsewhere for storage possibilities. While you may not be able to keep your doors open 24/7, automatized texting doesn’t take a…

The EZ Guide to Texting for Shipping and Transportation Logistics

The office is an open road for those in the shipping industry, and the sky’s the limit for how text communications can boost connections between drivers, dispatchers, vendors, and clients. It’s safe, distraction-free, and powerful enough to deliver urgent information in real-time — with open-rates at 98% and most texts read within minutes (or even seconds) of receipt.

From warehouse employees to third parties, trucking and transportation logistics teams have copious amounts of moving parts to maneuver efficiently and effectively. The industry inherently operates via a remote workforce (that often spans multiple locations and evolving work and weather conditions) and labors to ensure timely arrivals and deliveries.

Here, some examples of how to effectively use SMS marketing to engage with current customers and attract new customers toward your trucking and logistics business:

You can also leverage analytics tools from both EZ Texting and Constant Contact to measure data performance across multiple platforms and further increase productivity while saving time, resources, and money.

All the tools you need, all seamlessly working together.

The EZ Texting-Constant Contact integration is great for… Read more

How to Start a Customer Loyalty Program

You might belong to a few customer loyalty programs. They're difficult to resist when you reach the POS counter and the cashier asks if you'd like to sign up for special promotions and discounts. And that's why the model works. Ramping up a loyalty program — or adding SMS texting to an existing loyalty program — is also a strategy some are using to reach e-commerce customers.

If you haven't tried this strategy for your business, here's how you get started.

A loyalty or rewards program only works if you provide tangible benefits for the consumer.

For instance, a pizza joint might offer a free pie for every ten purchases in the store, or a fashion retailer could offer $10 off a purchase of $50 or more after spending a certain amount of money at the boutique.

A few other examples could include: 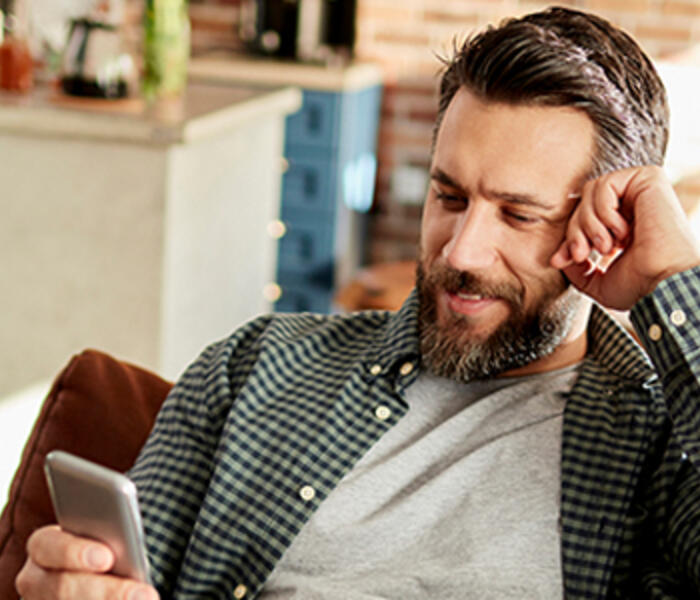 6 Ways Political Texts Can Inspire Your Next SMS Campaign

It used to be that you could tell it was a political season by the amount of campaign ads on TV. Now, campaign season is announced with the… 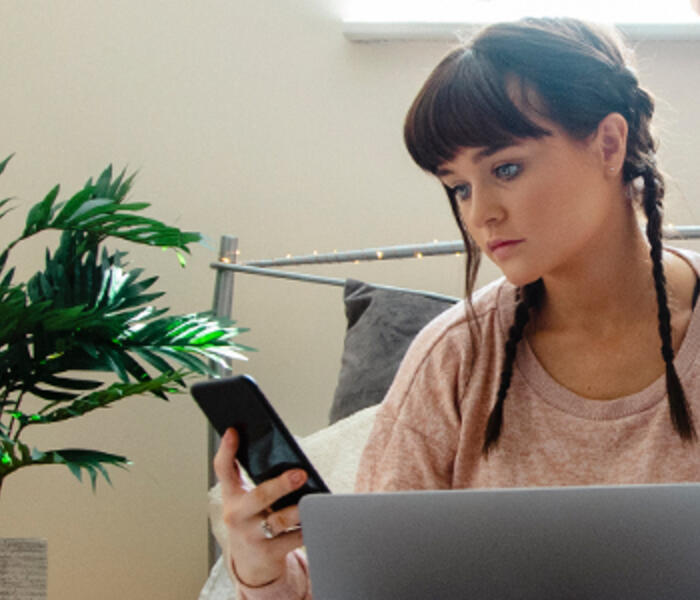 Twenty years ago, the average American worker received 30 emails every day, according to a 1999 Gallup poll. But even as it remains essential,… 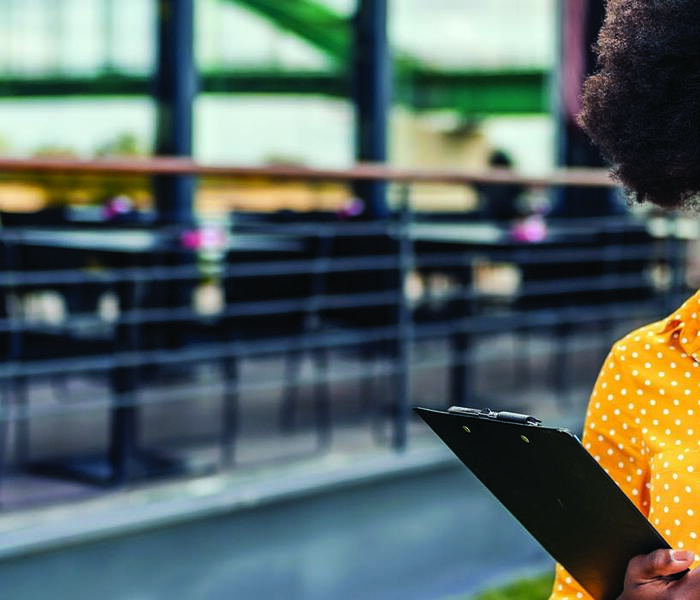 We love winning — because it means we’re winning for our customers!

EZ Texting is honored to announce that…