The Mobile Economy: Why Your Business Cannot Ignore Mobile

With mobile connections hitting the 7 billion mark in 2012, a major change in modern marketing strategies is firmly underway. Opt-in SMS marketingis at the vanguard of the mobile economy, and there is little chance of this changing as more and more people view smartphones not as a luxury, but as an integral tool in their daily lives for business and pleasure. 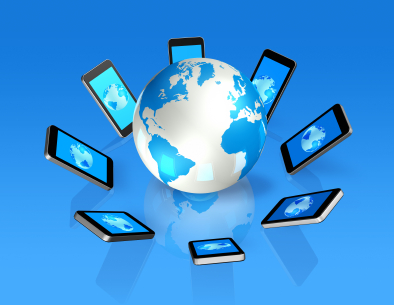 If you haven't yet seen the light regarding mobile marketing, consider this: a bulk SMS message sent to 10,000 people in an opt-in database will be read by 99.9% of them, according to figures from the UK firm TextLocal.com. Compare that to the average conversion rate of 0.1% for an online banner ad and the disparity between text and other forms of marketing becomes starkly obvious.

And it's not just SMS. Good mobile marketing strategies thrive on the various multi-media platforms available to smartphone users. With 56% of American adults now using smartphones, (according to Pew Internet & American Life Project,), and mobile search expected to generate 27.8 billion more queries than desktop search by 2016, the mobile economy is gathering pace at a tremendous rate.

Businesses are rapidly catching on to the possibilities. The TextLocal report indicates that mobile marketing tactics have become a mainstay for more than half of UK businesses with over a thousand mobile marketing employees. The figures are similar in the US, as companies big and small conduct market research with compelling results:

Not only do businesses now recognize the importance of the mobile economy, they understand that it is a powerful channel for driving consumer engagement. But what accounts for this high level of engagement compared with traditional and desktop marketing?

Why consumers are turning to phones

Smartphones have become an extension of the individual in a way that televisions and computers never could. The reasons for this are fairly obvious. Having a compact, pocket sized portal into the rest of the world allows users to constantly update and be updated. The explosion in app development has allowed them to stay connected, informed and entertained while on the move. Throw in an iPod and camera into the mix (not forgetting the phone itself), and the question becomes 'why wouldn't I use my smartphone for everything?'

The average mobile user will have their phone within easy reach for 16 hours per day. Statistics gathered by Vodafone reveal that 33% of people will happily answer their phone during sex, 51% during a wedding, and 57% on the toilet. And with 75% of mobile users under the age of 25 now sleeping with their device, the future seems to hold 24/7 smartphone connectivity.

How to make the mobile economy work for you

In order to capitalize on this growth, businesses must optimize their mobile communications by constantly updating data on each user, and feeding the information back into their CRM model. Affordable mobile marketing strategies are within reach of even the smallest mom 'n' pop business, and, combined with AdWwords and other low-budget online marketing tactics, mobile marketing adds up to a bright future for ambitious entrepreneurs with limited financial resources.

The key to achieving great results from mobile marketing lies in providing a level of relevance to the target audience that simply can't be accomplished from traditional forms of outreach. Opting in is a large part of this. Updating preference profiles and reaffirming with existing customers why they have opted in is critical. The beauty of staying in touch with an opt-in only database is you know they want to hear from you. Use this knowledge to your advantage by distributing surveys or creating personalized offers like birthday deals.

Mobile Marketing has allowed the developing world to compete in a way they never could in the era of megabucks marketing channels like glossy television advertising. And with the youth market tied firmly to their smartphones, the future of the mobile economy is promising and wide open, driving more businesses to focus on their mobile strategies.